Oyster Bay City Supervisor Joseph Saladino joined his City Council colleagues in honoring veterans and members of the United States Armed Forces during the city’s Salute to America Oyster Bay at TOBAY Beach. Special recognition was given to the recipients of the Veteran Lifetime Achievement Award and the Veteran Volunteer of the Year Award.

“This year’s four honorees have been involved in many veterans’ activities and events and have performed many diverse services on behalf of American veterans,” Saladino said. “They are local heroes and role models, and they truly deserve tonight’s honor. I look forward to their continued service in the years to come.

The recipients of the City’s Veterans Lifetime Achievement Award were Padric “Pat” Nugent (center) and Matthew Schmidt (not pictured).

Padric Nugent, of Massapequa, is a US Army veteran and now a 20-year-old retired Army Reserve sergeant who spent 25 years as an NYPD detective. He has served for 3 years as Commanding Officer of American Legion Post 1066 in Massapequa, where his work ethic and insight have contributed to the success of countless initiatives that have benefited our community and our many veterans. He is also a member of AMVETS Post 88 in Massapequa, Life Member of Elks 2161, Knights of Columbus Memorare Council and NYPD Honor League.

Matthew Schmidt, of Massapequa, is a United States Army Veteran, serving with the 411th Civil Affairs Battalion in Sadr City, Baghdad, Iraq from March 2003 to April 2004. He was awarded numerous medals for his time in the combat zone and was honorably discharged with the rank of Sergeant. Matthew joined the NYPD in 2001 and is a 9/11 first responder who worked at Ground Zero, later joining the NCPD working in the 8e Pregnant. 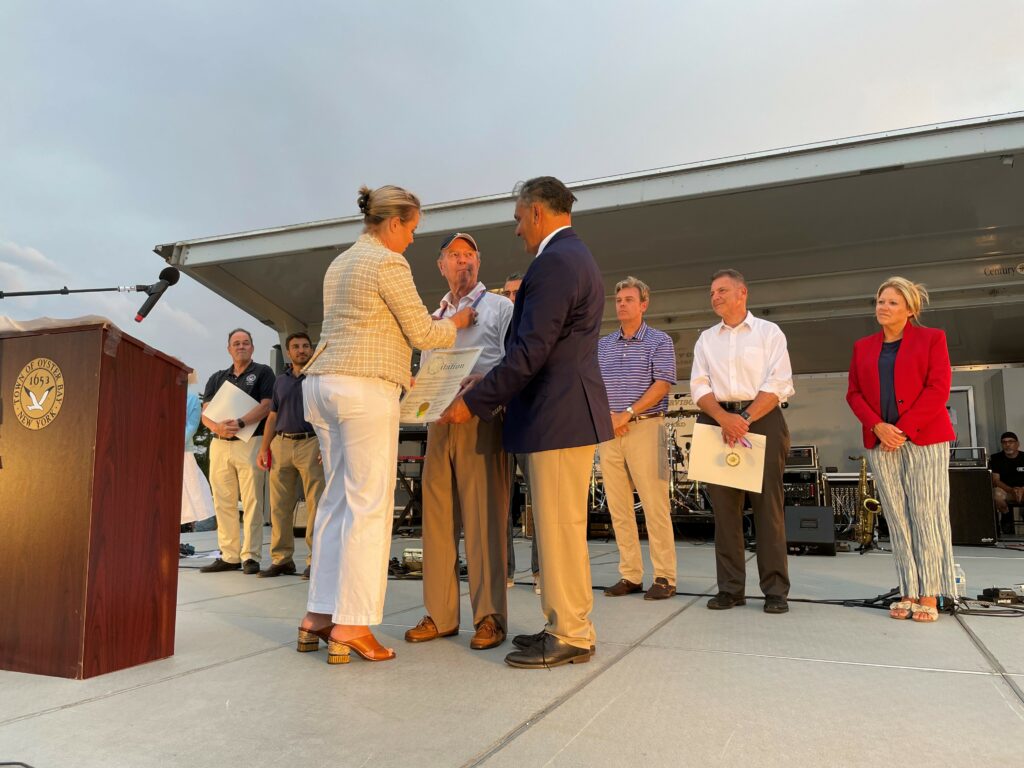 Jim Mott (center) and John Falbo (center, below) have been honored as the City of Oyster Bay’s 2022 Veteran Volunteers of the Year. 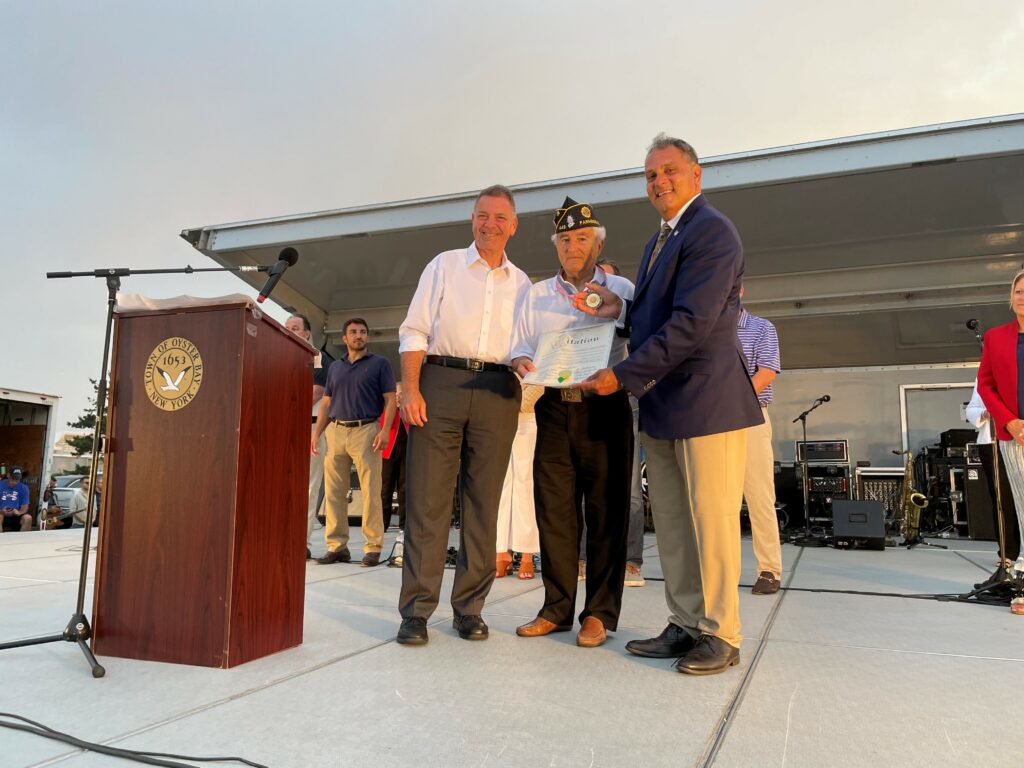 Jim Mott, from Massapequa, is a US Navy veteran in Vietnam. Jim continued his service by volunteering as a driver with the Nassau County Veterans Service Agency, transporting fellow Nassau County veterans to VA facilities as needed. He also volunteers to perform the same service for veterans while in Florida.

John Falbo, of Farmingdale, is a United States Army veteran and member of the Hugh C. Newman III Memorial American Legion Post 449 in Farmingdale. John helps raise charitable funds to help veterans in the community, especially those who are homeless, and across the country. He also performs “Buddy Checks” to make sure his fellow veterans are doing well.