Troop 10 is very fortunate to have continued to thrive during the pandemic. After a year of virtual online meetings and activities, the troupe returned to in-person outdoor activities last summer and fall. In July, 21 boys from Troop 10 attended summer camp at Camp Cherry Valley on Catalina Island. 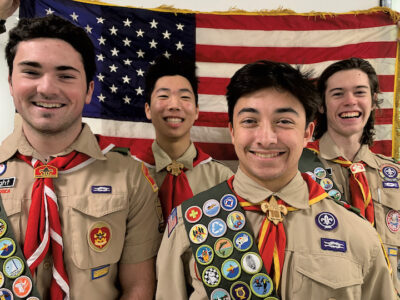 Troop 10 is especially proud of our four newest Eagle Scouts who have all achieved the highest rank in Scouting since last summer. As part of earning Eagle rank, each Scout planned and completed a major service project for a local community service or conservation organization. 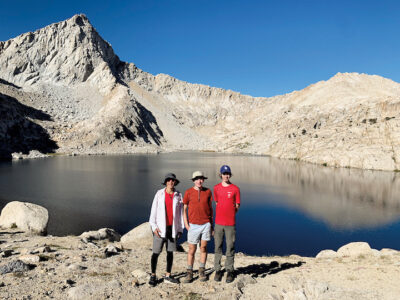 Troop 10’s other service projects include a ‘Socks and Soap’ collection campaign for Showers of Hope (which provides showers and other services to the homeless), preparing lunches for the lunch drive pandemics and baking Thanksgiving pies for the St. James homeless shelter. Additionally, for the third consecutive summer, Troop 10 Scouts have partnered with Friends of Griffith Park and park rangers to “adopt” the trees in the upper Fern Dell portion of the park. Every two weeks during the summer, the scouts would take turns watering and mulching the trees to help them survive the drought.

During the holidays, Scouts helped out at the Rotary Club Tree Lot in Larchmont and sold baked goods and handmade Christmas decorations to raise money for the troop.

Boy Scout Troop 10 is the oldest continuously chartered Scout troop in the western United States. Based at St. James’s Episcopal Church on Wilshire Blvd., the troupe brings together 40 boys ages 11 to 17 from nearly a dozen area schools. 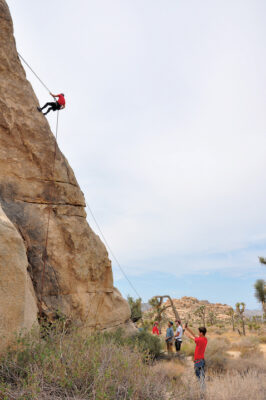 New members are accepted. The only requirement is that the boys be between the ages of 11 and 17 or have completed fifth grade.