Distribution of food parcels in the district of Minburi in Bangkok. PHOTO BY BING MACATANGCAY ARIAS AND UFT

â€œDespite our situation here, we still send money to our families in the Philippines,â€ said Mara, a Filipino teacher.

She has an employment contract with the Bangkok Metropolitan Administration (BMA), which operates public and private schools around Bangkok. She lives with her husband, also a teacher, and her two young daughters.

Mara believed that everything would return to normal, although the “new normal” when Thailand had no cases in July 2020 was not what it is now.

The resumption of face-to-face classes was interrupted in December during the second wave of coronavirus infections which began in Samut Sakhon. It was contained shortly.

A third wave began at the end of March 2021 in Thonglor, a famous nightlife district of Bangkok’s high society and the pubs of Pathum Thani. The widespread infection worsened during the Songkran festival in April, when people returned home for the holidays.

Mara did not receive her salary for March. His contract stipulated a scheme with no work, no pay and only face-to-face lessons.

The hospitality, entertainment and food industries are reeling from the stringent measures imposed by the government. Thousands of migrant workers, including Filipinos, have had their visas and work permits revoked during the closures. The Thai Immigration Bureau is granting a visa amnesty to those “stranded”, which may soon end.

â€œSince December, our hotel in Bangkok has been closed,â€ said Zherrie, a Filipino hotel worker. Fortunately, she was able to obtain social security compensation.

But not everyone has the capital to start one. 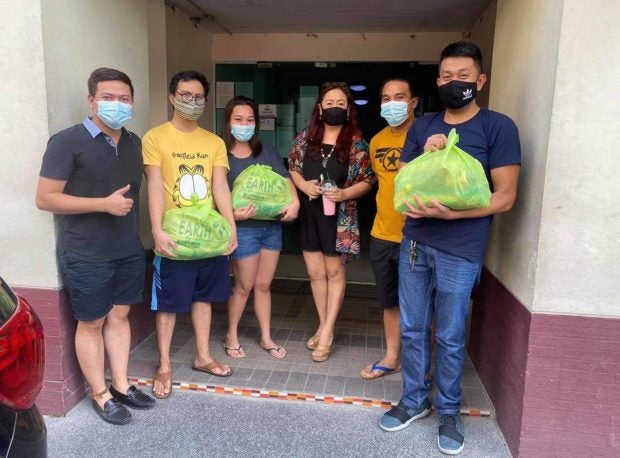 Jaycee Dilan, (left, UFT board member), Bing Macatangay Arias (third from right) with Filipinos who have benefited from the food distribution project. PHOTO BY BING MACATANGAY ARIAS AND UFT

Since the start of the pandemic, Bing Macatangay Arias, acting vice president of United Filipinos in Thailand (UFT), has led a food distribution project for Filipinos who have temporarily lost their jobs or are out of work.

Dubbed â€œHelping Hand Spirit of Philippino Constituentsâ€, the project started with 259 food packages in March 2020. UFT estimated that it had already distributed more than 20,000 food packages as of May 21. These had been distributed in 70 provinces of Thailand, most of them being distributed in 20 zones in Bangkok and Nonthaburi. Donors and sponsors support the project.

Support comes from Filipinos, Thais, and business groups like Fast-Track Global and others in Thailand and abroad, Arias said.

The food pack for an individual consists of five kilos of rice, condiments, noodles and sardines which can last three weeks. It costs around 300-350 Baht (between 450-550 Philippine Peso). Arias said there had been individual requests for financial aid and medicine, milk or diapers.

Arias says there is still a growing need for food packs that can last as long as the pandemic hampers economic activity in Thailand.

On May 21, the number of COVID-19 cases in Thailand reached 123,066 with 735 deaths and 79,504 recoveries. There are also reports of Filipinos who have tested positive for SARS Cov2, the virus that causes COVID-19, and who have recovered.

Thailand has administered coronavirus vaccines to more than 2 million of its 66 million people, according to a Reuters report.

Nationwide rollout of the vaccine will begin in June. Teachers must be vaccinated in time for the opening of classes.

In an email to INQUIRER.net, the Philippine embassy said it “welcomes the initiative of Filipino community groups in Thailand to help each other during this time.” The embassy said the effort was also in line with its â€œBayanihanâ€ efforts in Bangkok, Chiang Mai, Phuket and other Thai provinces at the start of the pandemic in April 2020.

The Embassy consular team said that Filipinos in need of assistance with Philippine government repatriation flights “funded by the taxpayer, which is the government program of the Ministry of Foreign Affairs and its embassies” can avail themselves assistance, but on a first-come, first-served basis, once funds are available for these flights.

Those returning home are also encouraged to avail financial assistance and loans from the Philippine government under the National Reintegration Center for OFWs. The Department of Labor and Employment (DOLE) has the DOLE-AKAP program, while the Overseas Workers Welfare Administration (OWWA) has programs for OWWA members and their dependents in the Philippines.

Since 2020, hundreds of Filipinos in Thailand are returning home. In March, April and May, dozens of Philippine Airlines (PAL) flights were canceled due to the increase in COVID-19 cases in the Philippines. This has resulted in a daily cap of 1,500 to 2,000 passengers arriving at NAIA which the Philippine authorities enforce.

In an email, the Philippine embassy said it was working with PAL and authorities in Manila for additional slots for passengers on flights to Manila. On May 12, 144 PAL passengers were able to return home.

Mara and her family chose to stay in Thailand. Schools are scheduled to open on June 14.

â€œWe don’t have any savings yet. We will stay here. God is good, â€says Mara.

“Take what you need, leave what you can:” students build community pantry