Marking years of planning and work to bring the project to fruition, the Far Rockaway Community Church of the Nazarene officially opened its new building on Central Avenue on Tuesday, in what many consider one of the first steps in revitalizing the downtown Far Rockaway.

The church, on the corner of Central and Nameoke Avenues, is the child of Reverend Doctor Les Mullings, who pastored the church for 22 years, and is also the founder of the Challenge Preparatory Academy just down the block .

The church will serve as a community center with a state-of-the-art sanctuary, as well as an affordable housing complex on the property.

On Tuesday morning, August 2, elected officials gathered with community leaders and clergy to cut the ribbon for the new building.

In recent years, Far Rockaway, and downtown Far Rock in particular, have seen crime and economic problems spurred by the pandemic, which plagued the area at its peak.

An overload of construction and a population increase without a simultaneous increase in resources further exacerbated the problems, but on Tuesday the mood was positive as officials marked what they see as a fresh start.

“This is the first building block and rebirth of downtown Far Rockaway’s return,” Community Board 14 District Manager Jonathan Gaska said, “It’s so exciting.” 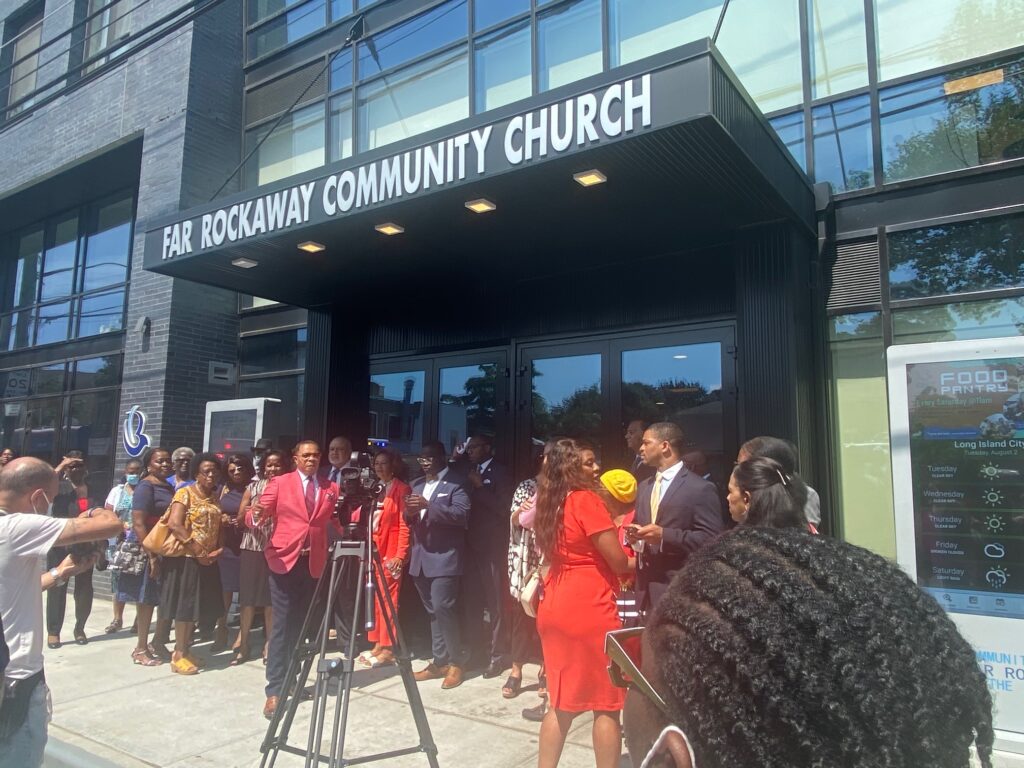 “It’s one of the greatest assets the 31st Council has had in my tenure,” Brooks-Powers said. “The church is our rock, it’s our foundation,” said Brooks-Powers. she declared.

Anderson remembers playing basketball in the concrete where the new building now stands.

“This church has become and continues to be a vessel for this community…we come to church because it is our space of hope,” he said, “It’s a big step in the direction for our neighborhood to help build more community. And this is our chance to celebrate.